Allianz Cumann na mBunscol Chill Mhantáin held a Young Whistlers referee course for Gaelic football in the North East of the county on Wednesday September 28th in KilcoolePrimary School. There was a great turnout, with eleven different school represented on the day. The participants were made up of mature, responsible 6th class boys and girls who share a passion for Gaelic football and are interested in learning more about refereeing.

The coaching session was led by North East GDA (Games Development Administrator) Garrett Doyle, who engaged the group in discussion about the basic rules of the game and how best to communicate those rules to players, coaches and spectators alike. There was a high level of genuine interest from participants, as evident from the very pertinent questions asked. It is heartening to see the next generation of young whistlers begin their refereeing journey, as without referees, we have no game! Thank you to all the 6th class boys and girls who volunteered and we look forward to seeing you refereeing your local Gaelic football games in the future!

Some reasons for getting involved in refereeing (childrens’ answers):

Want to learn the rules better

What does a good referee look like (childrens’ answers):

Be fair and firm.

Explain to players what they did wrong.

Thursday, 29th September saw some fine footballing talent in the 5th and 6th Class Boys Allianz Football Participation Blitz in both Bray Emmets and Ballinakill.  It was a sunny autumnal day and conditions were perfect for playing fast-paced and entertaining football.  The beauty of participation blitzes is that teams play in a non-competitive environment which encourages an atmosphere of teamwork and creativity, but most of all joy in playing the game.

In Bray Emmets 21 teams represented their twelve schools with pride and the pitches were a hum of activity for the afternoon. Thankfully we were blessed with a dry day and the boys made the most of the opportunity to practise their skills. Huge thanks to Bray Emmets for hosting the event and to retired teacher Dave Barry for setting up the pitches. We are also very grateful to referees, Ella, Orla, Luke, Josh and Éanna who helped to keep proceedings running smoothly in a very fair and friendly manner.

The Allianz Camogie League Day will take place on Thursday 6th October in both Bray Emmets (North/East Wicklow) and Ballinakill (South Wicklow).  This blitz has no age limit.

Please let Emily Stephenson/Saoirse Morgan (Camogie Officers) know via email or WhatsApp message to 087- 6967845 by Monday 3rd October if your school will be in attendance and, if so, how many teams you will be sending.

Exact details & fixtures will be sent on Wednesday 5th October, team mentors may be needed to referee some games.

20th October at 11.45 a.m. in Bray GAA grounds – Girls’ football blitz, nine-a-side and no age limit.  Points only. Young Whistlers can be used.

27th October at 11.45 a.m. in Bray GAA grounds. Boys’ football blitz, nine-a-side and no age limit. Points only. Young Whistlers can be used.

Rúnaí Brian Cornyn and PRO Pamela McDermott attended as the Wicklow delegates at the National Allianz Cumann namBunscol General September Meeting in Jury’s Croke Park Hotel on Saturday 24th September. The room buzzed with enthusiasm as primary school teachers made plans for a full year of Cumann na mBunscol activity. Cumann namBunscol’s aim is to make Gaelic games the games of choice for boys and girls in Ireland’s primary schools, and very often is the case that it is in the primary school that children get their first introduction to Gaelic games and subsequently go on to join their local club and possibly play for their county.

Some of the points to note included that:

• A survey will be sent to each county which will be an audit of what is going on in counties to see what areas can be developed.
• There is a drive to promote handball and rounders.
• A new website has been launched https://www.cnmbnaisiunta.com/ which is well worth a look.
• Each county and school have been asked to promote Allianz as the main sponsor of Cumann na mBunscolactivities by tagging them on social media.
• There were many successful events held last year such as Cumann na mBunscol Week which was a great success, as well as the lucky 240 children who got to play in Croke Park over four weekends as part of the INTO Mini 7s.
• The Cornmarket Annual Awards and AGM will be held in Letterkenny on the 3rd and 4th March 2023.  Categories include: Pat Trainor Hall of Fame Award, Allianz Public Relations Award, County Publication, Promotion of Gaelic Games and Culture, Cur chun cin an ChultúirGhaeilge agus na gCluichí Gaelacha trí mheán naGaeilge, and School of the Year.  The closing date for entries will be on Wednesday 11th January 2023.
• It is hoped that the Allianz Cumann na mBunscol 50thanniversary publication, which is a book celebrating 50 years of primary school Gaelic games across the country, should be available for the AGM.

Please send results, reports or photos to pro.cnmb.wicklow@gaa.ie, follow us on twitter @cnmbwicklow  Keep up-to-date with all Allianz Cumann namBunscol news in Wicklow on our website www.cnmbwicklow.ie 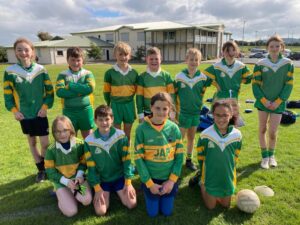 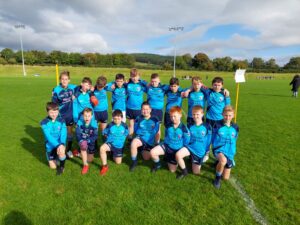 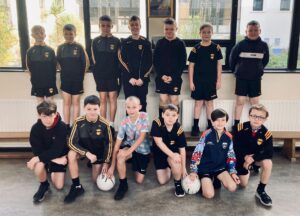 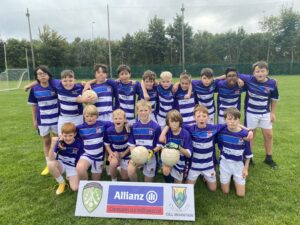 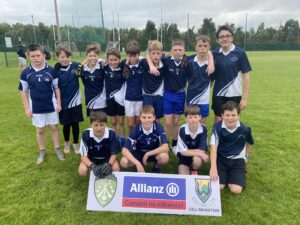 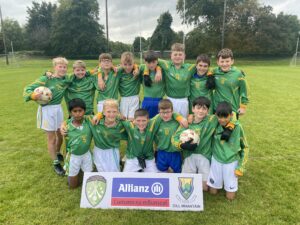 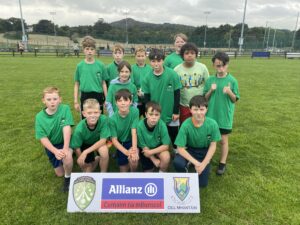 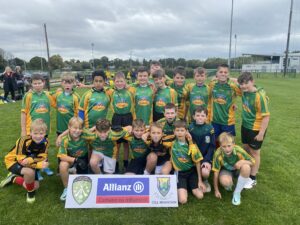