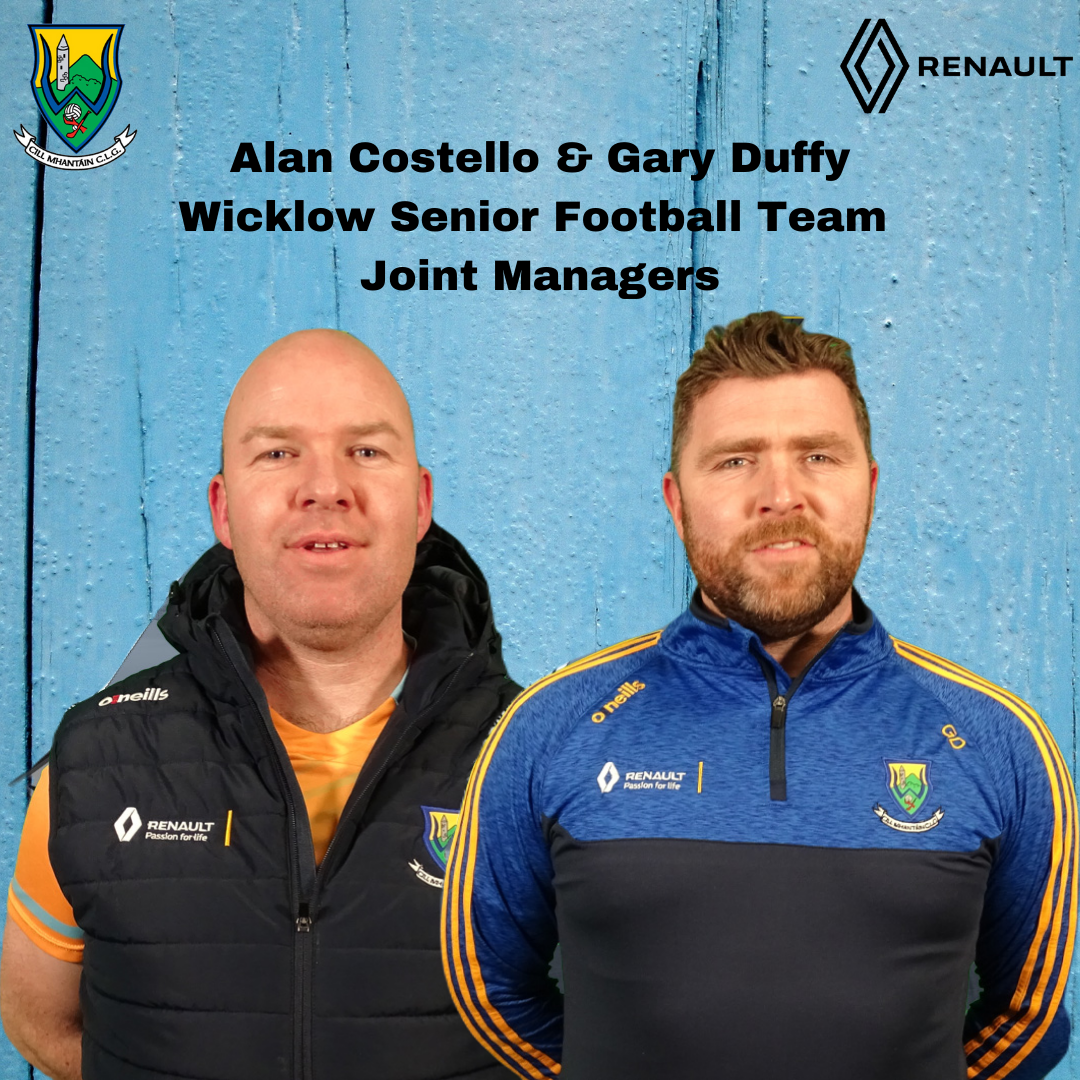 Wicklow GAA Management Committee have appointed Alan Costello and Gary Duffy as Joint Managers of the Wicklow Senior Football team for the remainder of the 2022 season. As integral members of this year’s Management team, Alan and Gary will bring continuity and huge energy to the role as we head into the second part of our Allianz League Division 3 league campaign and into our championship campaign.

As a coach and manager, Alan managed Eire Óg Greystones to League & Dunne Cup wins in 2015/16, he recently led Tinahely to the Wicklow Intermediate Football title in 2018 and to the Senior County Final in 2020.  Alan is currently manager of the Wicklow U20 team, working on developing the next group of talented footballers in Wicklow. As a player, Alan represented Mayo at Minor level, captained the Mayo U-21 team and was a member of the Mayo Senior panel in 2000 and 2002.  He represented NUIG and UCD in Sigerson Cup and won Dublin, Leinster and All Ireland Senior Club medals with St Vincent’s GAA in 06/07.

Gary Duffy is a hugely experienced coach and has won numerous Senior Football Championships with his Club (St Patricks, Wicklow), both as a player and coach.  Gary brings a wealth of coaching knowledge to this joint role and has worked closely with numerous development squads for Club and County.  Gary was part of the Wicklow U20 Management team in the 2021 season, where he worked with severalplayers who have stepped up to the Senior panel this season.  Gary has represented Wicklow at Minor, U21 and Senior Inter-County level.

Wicklow Co. Chairperson, Martin Fitzgerald, congratulated Alan and Gary – “Alan and Gary, as joint-managers, have already begun working closely with the squad and management team to maximise performances in our vital three remaining league games.  They have a talented squad to choose from and I know they will work hard to achieve positive results. The full Wicklow County Management Committee and I would like to wish Alan, Gary and the full team the best of luck over the coming months and we look forward to the whole county getting behind the team”.