There was great jubilation in Dundalk on Sunday as Wicklow GAA came home with two provincial titles from the Scór na nÓg Leinster Finals. Aughrim, represented by the Lamberts, were crowned champions in ceol uirlise while Carnew Emmets’ Abbey Doran won the aithriseoireacht category.

Hollywood were the first Wicklow team in action, kicking the day’s events off with the Tráth na gCeist which began at 11am. The team of Oisín Harkin, Darragh Durcan, Poppy Rose Cullen Dunne and Rian Allen were in strong contention throughout. In the end they finished in 5th position, just 2 positions off qualifying for the All-Ireland Final.

Coolkenno were the first act on stage, opening the entire competition with their four-hand reel in the rince foirne competition. Their team of Megan Weekes, Katie Keegan, Erika O’Grady and Sophie Donohue gave a very cohesive performance, and had added a ‘dance-on’ and a ‘dance-off’ since their semi-final success a week ago. However, on the day, perennial contenders, Kilcormac/Killoughey of Offaly, couldn’t be bested and took the Leinster crown ahead of Coolkenno, Dublin’s Finagallians and Meath’s Oldcastle.

The Bailéad Grúpa of Fionn Whelan, Sophie Behan and Grace Behan took the stage second in their category. They sang ‘Wild Mountain Thyme’ and ‘I’ll tell me Ma’, once again getting a great response from the audience, an audience which clapped along with the latter song. The Blessington trio clearly enjoyed themselves hugely and will no doubt be back in the near future to try and wrest the title won on Sunday by Wexford’s Bannow/Ballymitty O’Rahillys.

Carnew Emmets came into the Nuachleas category knowing that they faced stiff competition from Kildare’s Cappagh, Wexford’s Naomh Éanna and An Íarmhí’s Ballinagore. Their ‘The Bathman’ sketch went down very well with the audience who were in stitches at times. The lines were clearer, the jokes were sharper and the props had been supplemented to ensure the Emmets’ performance levelled up from last week’s provincial semi-final. They will have been disappointed to be beaten by Ballinagore but are a club which will no doubt come back stronger next year.

All Wicklow teams could be said to have acquitted themselves well but it was Carnew’s Abbey Doran and the Lamberts from Aughrim who ensured that this would be a Scór final to remember for Wicklow. Abbey’s rate of improvement from performance to performance has been huge; she has always really taken the moltoírí’s feedback on board. She really held the audience spellbound on Sunday with her recitation of Ettie Kilbride’s ‘Childhood Days’. The announcement of Abbey as the winner was met with a cacophony from the Carnew and, indeed, the extended Wicklow contingent. Worryingly for the opposition, Abbey is only 11 years of age!

It was then the Lamberts turn to become Wicklow’s second Leinster Champions of the evening. Darragh, James and Pádraic, expertly coached by their father, James, were the smallest group among the contenders in the ceol uirlise category. However, their piece was wonderfully arranged and the trio showed superb musicianship to take their first Leinster Scór na nÓg title.

For Aughrim and Carnew Emmets, all roads lead now to Killarney where the final takes place on May 1st! 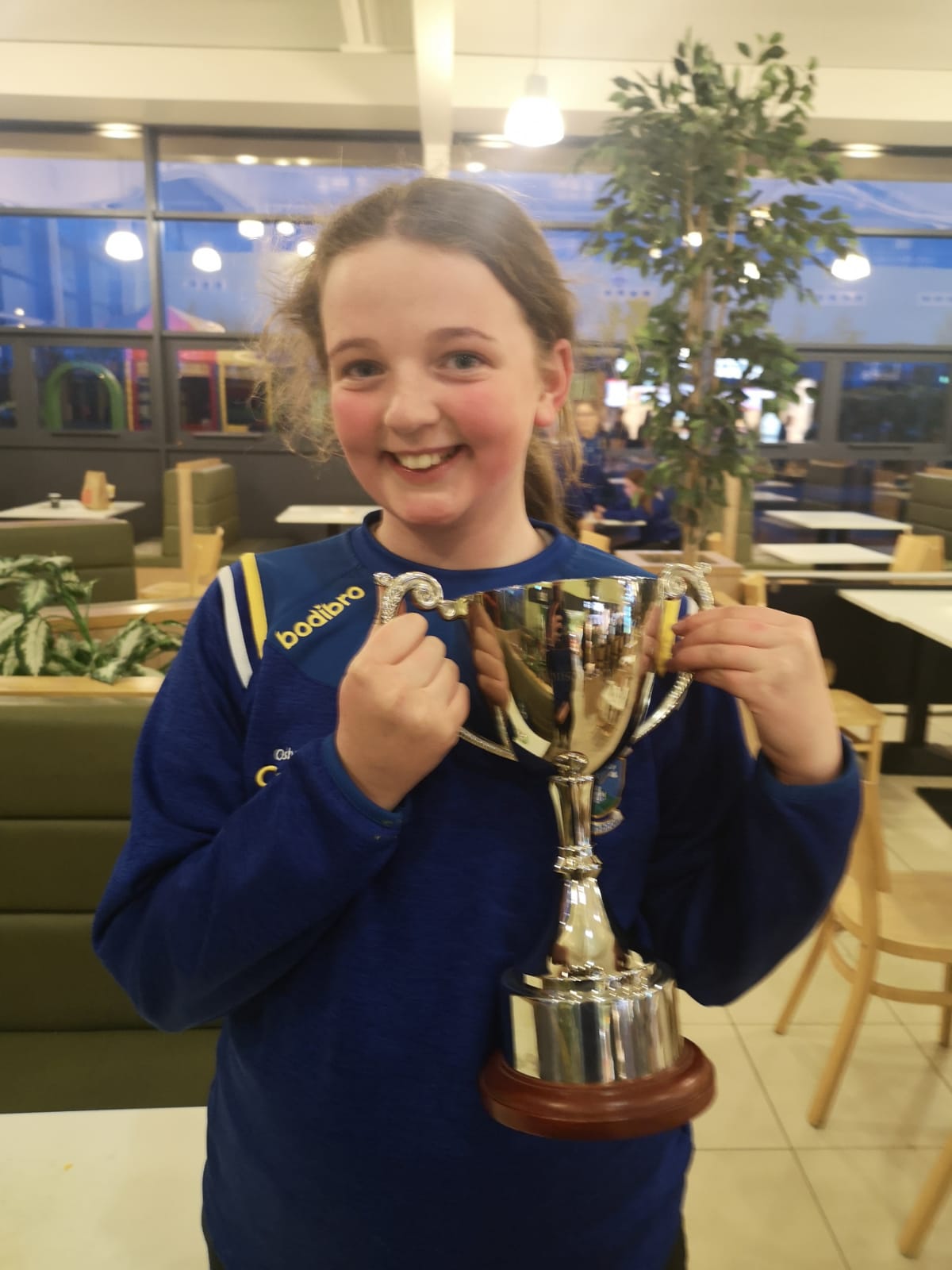 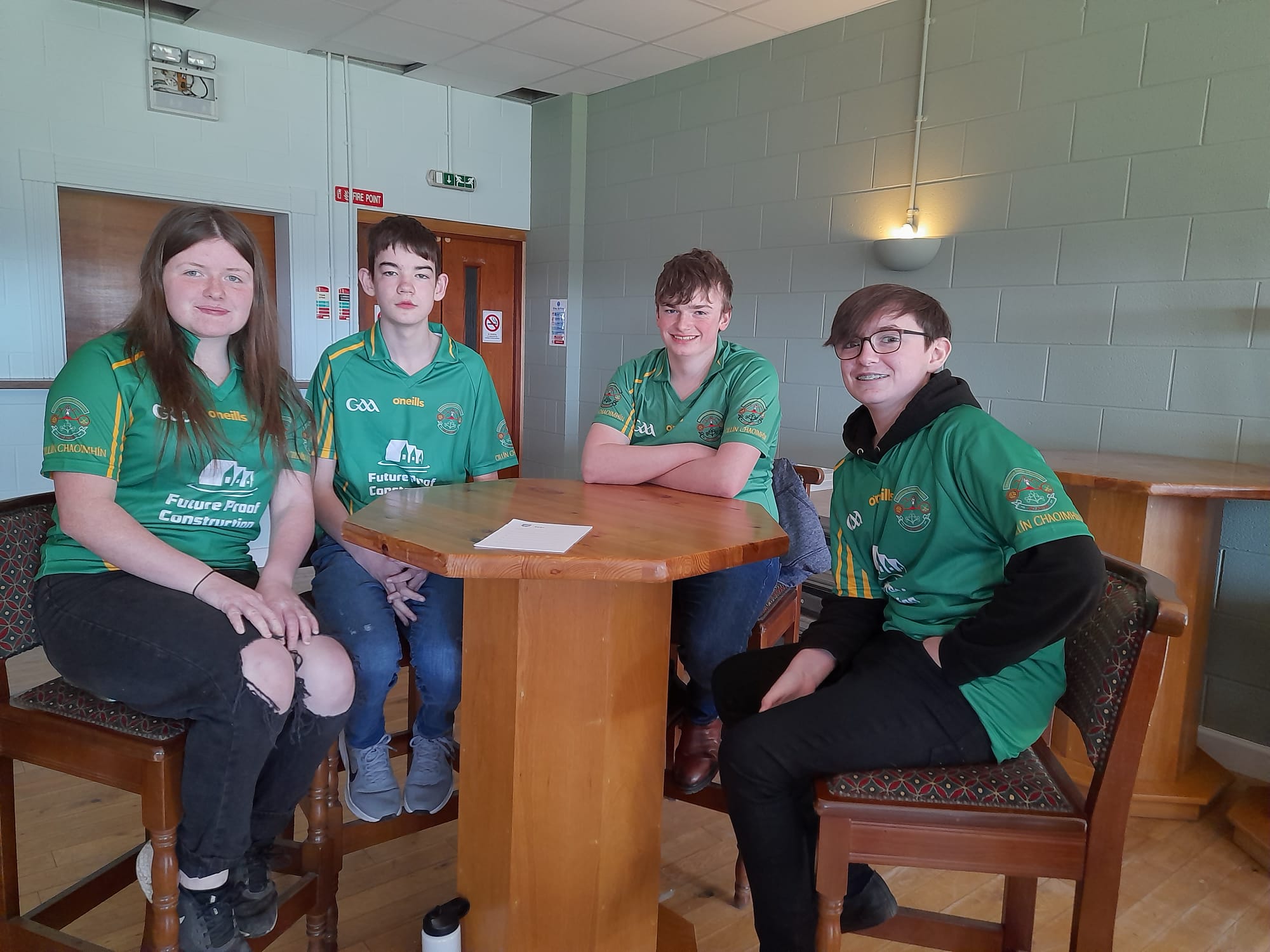 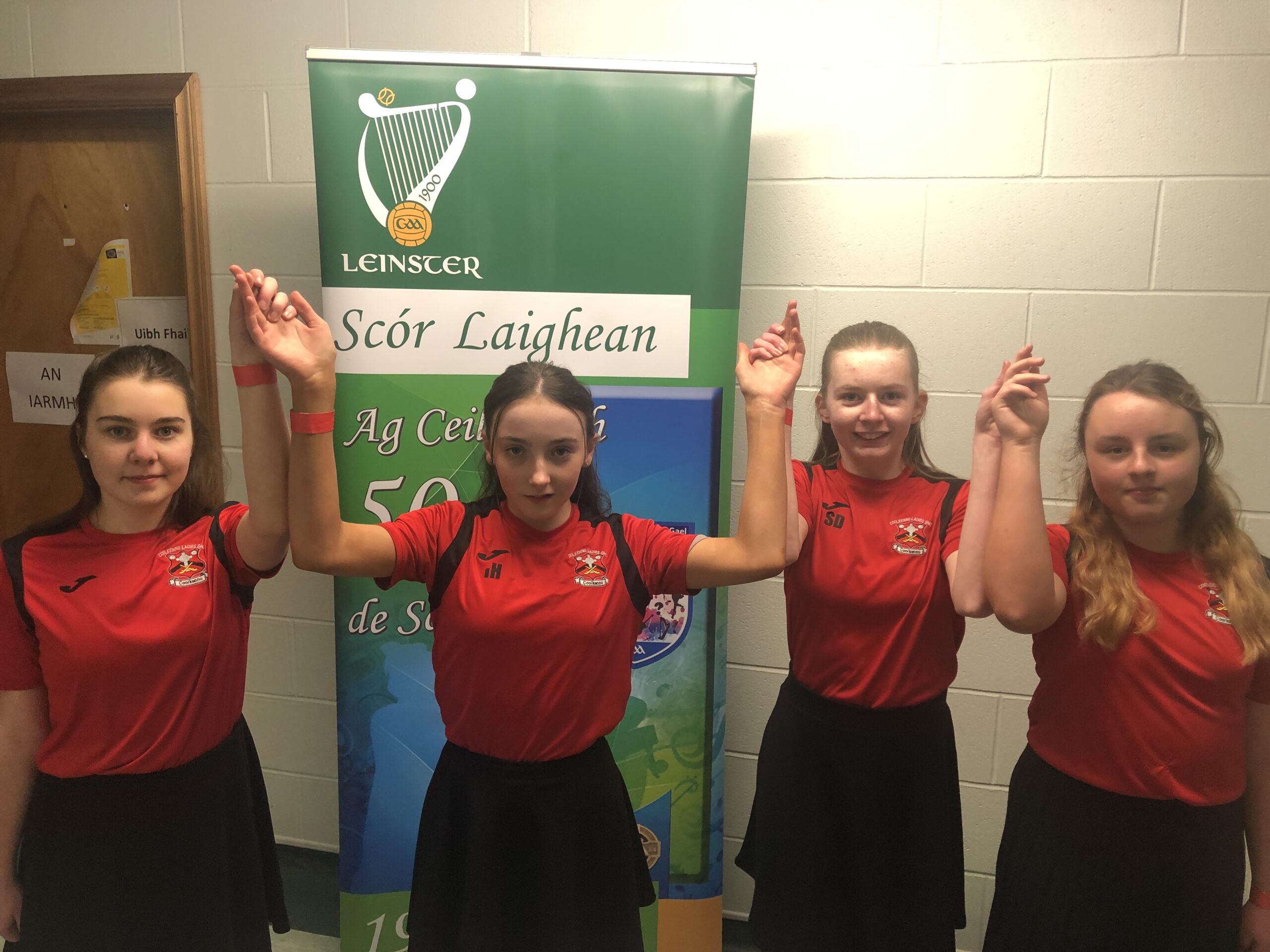 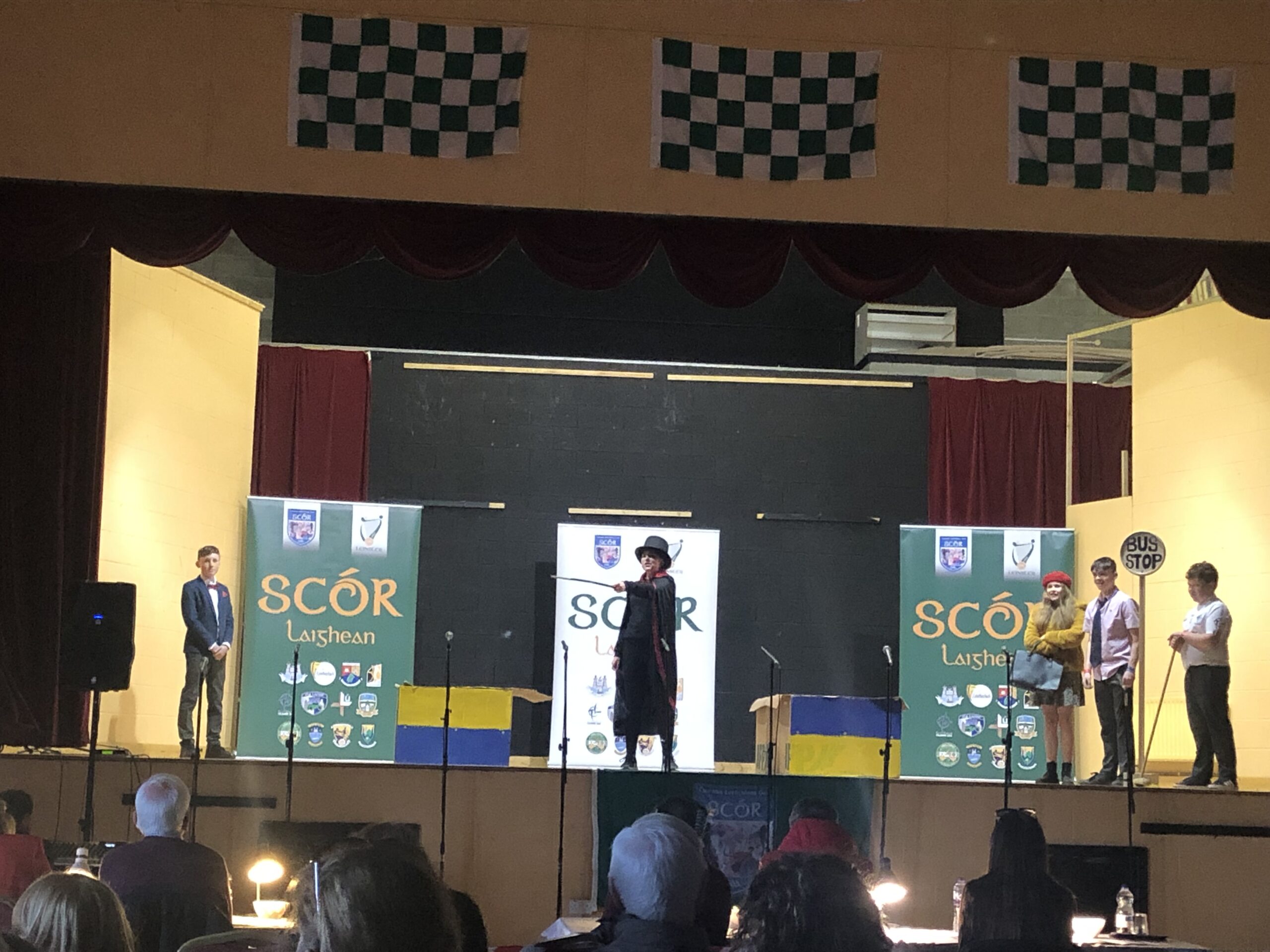