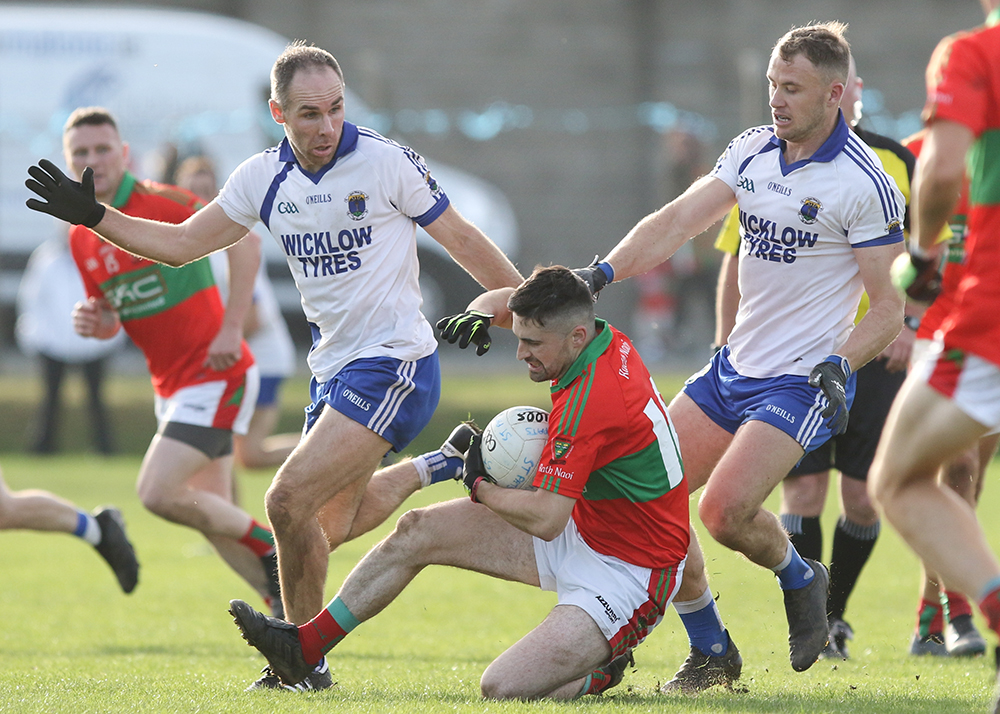 A late fisted point from full back Shane Murley is the reason we will all be back in Joule Park on Saturday week. In a game of fine margins the number 3 popped up in the Rathnew box in the third minute of added time to fist the equaliser. Eddie Doyles free looked to have won it for Rathnew and they celebrated wildly but St Pats worked it down field to create the chance for Murley which for a fleeting moment looked like a goal opportunity but Peter Dignam quickly closed off the space.

Rathnew had started the game best and led early on courtesy of points from Leighton Glynn, James Stafford and Nicky Mernagh. St Pats settled and three pointed frees had them level before Rathnew struck another three. A Tommy Kelly goal had St Pats ahead 1-6 to 0-7 at the break.

The scores were much harder to come by in the second half with a lot of the play in the middle third of the field. Ross O’Brien kicked a couple of fine scores for Rathnew and Tommy Kelly kept the scoreboard ticking for Pats before a late Stephen Duffy free tied it again. Eddie Doyle stepped up at the other end before Murley save the day for Pats.

At the end a draw was possibly the right result and another day out will be one to savour.