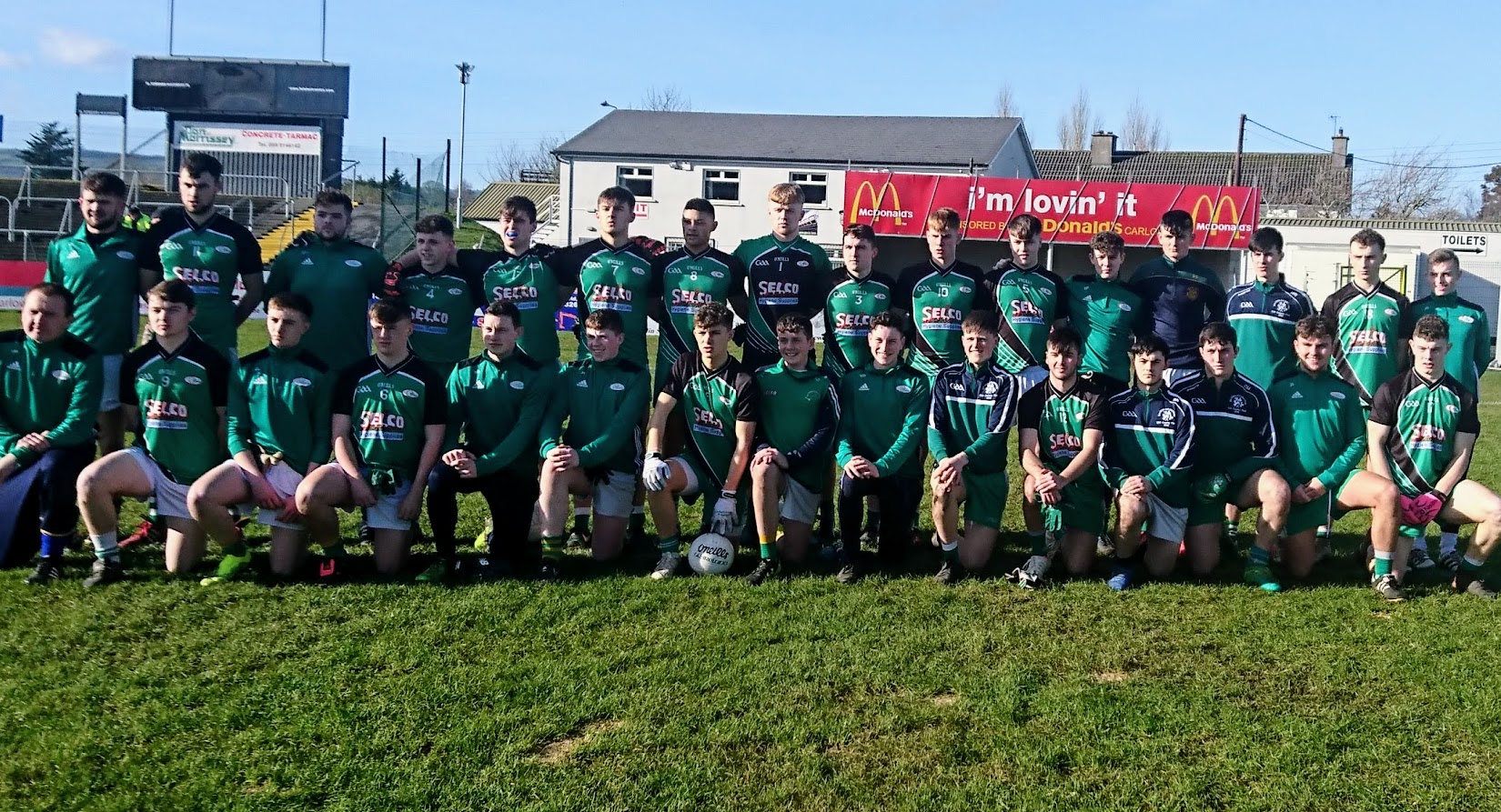 Colaiste Eoin had five players from Wicklow clubs including the captain Eoghan Byrne of Tinahely and it was Knockananna man Noel Byrne who found the net for them in the 3rd minute following a strong run by Luke Connolly.

After 7 minutes the Hacketstown school led by 1-1 to 0-1. Jason Sinnott soon kicked a Baltinglass point and then his team had a golden patch between the 9th and 12th minutes as they scored goals in rapid succession from Jordan Deans, Alan Barrett and Jack Fleming. Inspired by these scores they went on to lead by 3-7 to 1-4 at half time.

Colaiste Eoin started the second half in determined mood and scored some nice points. The incisive running of Jake Hickey was causing bother but he was called back a few times by Laois referee Ronan Devaney for over carrying. Despite having the majority of play Colaiste Eoin never looked like scoring another goal against a well drilled defence. Scoil Chonglais only managed a single point for the first 25 minutes of the half. Part of the reason for this was that Colaiste Eoin put an extra man on the dangerous Jordan Deans.

The lowest the margin between the sides was in this half was five points with just a few minutes to go but Scoil Chonglais finished with points by Robert Brien and Jack Hanlon to seal a well deserved victory.

The match was keenly contested throughout and the referee had to issue a number of cards of all colours.

After the game Pat Henderson of Leinster Council presented the trophy to Scoil Chonglais captain Jordan Deans.  The Baltinglass school will now play the North Leinster champions in the Leinster semi final.