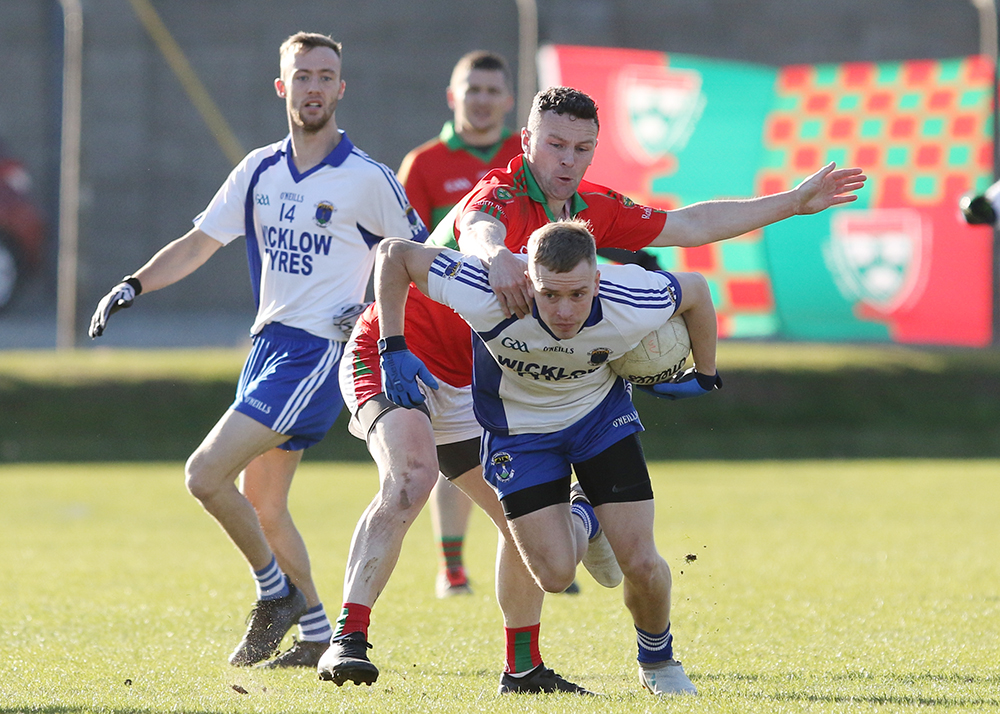 The outstanding Conor Ffrench gets away from Leighton Glynn during the replay of the Renault Senior football championship in Joule Park today. (Pic:wicklowgaaphotos.com)

Two late, late points from man of the match Stephen Duffy and Tommy Kelly helped St Pats take the Renault Senior football title from their near neighbours Rathnew in sunny Joule Park today. Casey O’Brien masterminded a smart game plan that sucked the energy from Rathnew before they hit them with those two late hammer blows.

Rathnew led 0-5 to 0-3 at the break and were full value for it. Pats started to play more direct in the second half and drew plenty of frees with Duffy on song unerringly floating them over. Nicky Mernagh kicked Rathnews last score in the 49th minute before the shift in power seen Pats home. The loss of Mark Doyle to a second yellow and the performance of Dean Healy in the middle of the park were other factors in the change of fortune.

St Pats are back in Joule Park tomorrow for the AIB Leinster club game with Rhode from Offaly which throws in at 1-30.