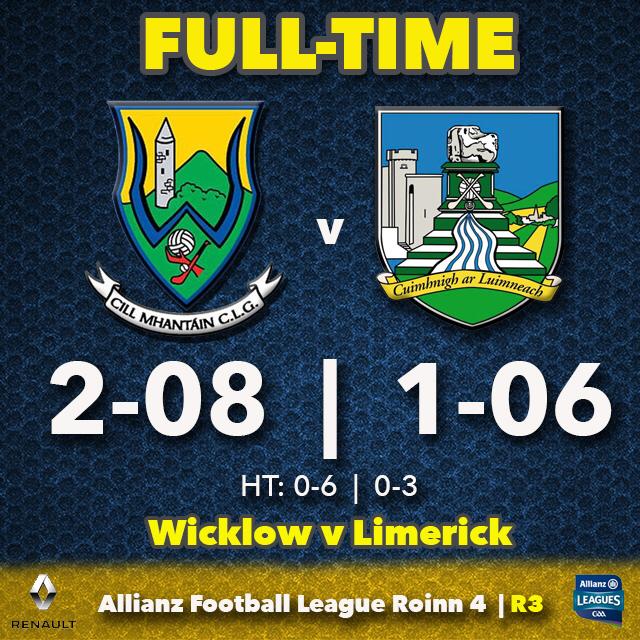 Limerick travelled to Aughrim on a very blustery Sunday. The wind had an impact on the game with both teams having more difficulty playing with the wind than against it.

Early in the second half, the Limerick broke down the Wicklow defense and, despite a great save from Mark Jackson, Limerick were quicker to follow up on the rebound and finished the ball to the Wicklow net. Limerick went ahead for the first time in the game, Wicklow 0-07 Limerick 1-05. Wicklow responded minutes later with a goal of their own. Chris O’ Brien made a great run through the heart of the Limerick defense before slotting to the corner of the net. The teams traded points again before Darragh Fitzgerald attacked up the left wing, he switched the ball across to the right wing to David Devereaux who crossed the ball into the sqaure. Theo Smith was on the end of the pass to knock it past the goalie. Wicklow goalie, Mark Jackson, had  great reflexes to deny Limerick a late goal. The game finished on a scoreline of Wicklow 2-08 Limerick 1-06