The 2020 Scór Sinsir Competition reached its conclusion on Saturday evening in the salubrious environs of the Air Dome, Connacht GAA’s Centre of Excellence in Cloonacurry, County Mayo.

For the first time in a number of years, Wicklow GAA had a participant in the finals. Blessington GAA’s Sheila Naughton was crowned Leinster Champion in October which meant she would fly the club, county and provincial flag in the finals of the Aithriseoireacht/Recitation competition.

In Saturday’s final, Sheila faced tough competition from the other provinces, particularly from Munster, whose champion, Tipperary’s Nollaig Seoige, was looking for a 4th All-Ireland title.

Sheila was first to tread the boards, and gave a great recitationof her piece, ‘Our News’; displaying a great stage presence and an impeccable sense of timing. ‘Our News’ is a humorous take on the age-old classroom staple of infant classes writing about their ‘news’.

Sheila received a rapturous applause from the large crowd gathered in the Dome, and when all four competitors had performed, the consensus was that she was right in the mix to be announced as the winner.

The long wait for Sheila then commenced as the winners would be announced when all of the other comórtais were completed, among them the Nuachleas/Novelty Act, a competition which Carnew Emmets won in 2000 and 2003, the last lime a Wicklow GAA act annexed All-Ireland honours.

At around 8:15pm, to a hushed audience, Bean an Tí Aileen Ní Chinnéide, opened her envelope and announced the winner of the comórtas Aithriseoireachta. Unfortunately, from a Wicklow and Leinster perspective, it was from the Munster and Tipperary contingent that the whoops and hollers of victory came. JK Bracken’s Nollaig Seoige had won his fourth title, a victory which makes him the most decorated competitor in the 52–year history of the competition.

For Sheila, there was, of course, some disappointment. Pride, however, was the overriding emotion. “Hearing ‘Wicklow’ being called out on stage at an All-Ireland was a proud moment for me, and, I hope, Blessington.” She’s also hopeful that her success will go on to inspire other people to get involved in Scór in the future. “I love Scór and there’s so much talent in the county. I hope this will truly put Scór on the map and see it grow to the level it’s at in other counties.” 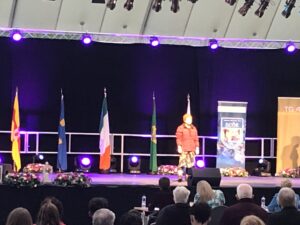 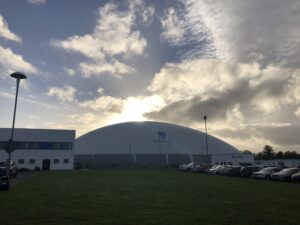